Ma'yan Tikvah - A Wellspring of Hope

Spiritual Wisdom from Earth and Torah

The views and opinions expressed in the d'vrei Earth represent those of the author. 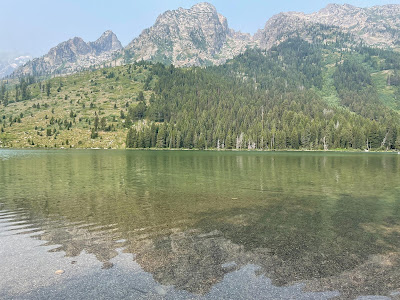 Rabbi Dorit Edut grew up in the city of Detroit and has a deep commitment to its revitalization. Eleven years ago, she brought together a diverse group of clergy and civic leaders in Detroit to find ways to help revitalize the city of Detroit with a focus on its youth. This resulted in the creation of the Detroit Interfaith Outreach Network (DION) where religious and civic groups share their projects and gain support from this network. DION has also holds a series of interfaith services and social/educational programs every few months to spiritually uplift Detroit and bring people from city and suburbs together. The group has also created programs for career exploration, conflict resolution, literacy, and arts and cultural awareness, and monthly supplies food, hygiene items, and clothing for youth and families in Detroit, working with several Detroit schools. She is also an executive board member of the Interfaith Leadership Council of Metro Detroit. 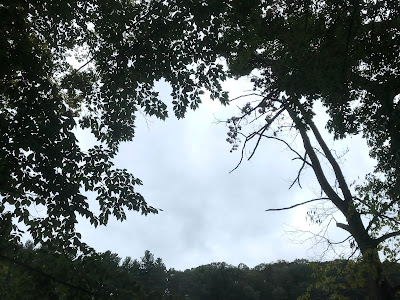 by Rabbi Katy Z. AllenSTOP!Such we are commanded each week.Stop taking from the land!Such we are commanded each seventh year.Why bother stopping?Perhaps to see.Perhaps to notice.Perhaps to discover if we care.Stopping draws us in.Opens us to new life.Deepens us to death.Reveals to us G!dness.Brings us home.Shanah tovah!May you have a year rich with wonders.Rabbi Katy Allen is the founder and rabbi of Ma'yan Tikvah - A Wellspring of Hope, which holds services outdoors all year long, and the founder and President pro-tem of the Jewish Climate Action Network-MA. She is a board certified chaplain and a former hospital and hospice chaplain. She received her ordination from the Academy for Jewish Religion in  Yonkers, NY in 2005 and lives in Wayland, MA with her spouse, Gabi Mezger, who leads the.singing at Ma'yan Tikvah.
Read more
Earth Etude for Elul 29 - At the Hoh
Ma'yan Tikvah - A Wellspring of Hope
No comments 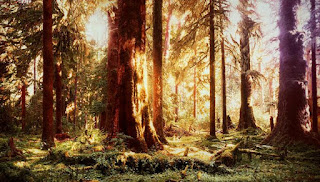 The Amazon Rainforest is the most biodiverse region on Earth and provides shelter to three million species of plants and animals. Billions of trees absorb tons of carbon dioxide every year and produce 20% of earth’s oxygen. It’s been called the Lungs of the Earth.

But I read something most disturbing. The Amazon rainforest is now emitting about a billion tons of carbon dioxide a year. From its role as a carbon sink, the lungs of the Earth have become a carbon source. Deforestation by fire of thousands of square miles a year is killing off trees. On average, 137 species of life forms die out every day in the rainforest. 137 species.

I remember visiting the Hoh Rainforest on the Olympic Peninsula in Washington state. Though smaller than the Amazon Rainforest and with different kinds of trees, it’s an eerie sensation to stand in such a rich wet environment.

Heart of the Ancient Rainforest, by Linda Lundell

I followed a trail deep into the Hoh and looked up. A Western redcedar pulsed upward in front of me. The forest floor was carpeted by epiphytic moss and Pacific oak ferns. An old Sitka spruce lay on the ground—now a nurse log birthing new trees and insects. A stand of western hemlocks and coast Douglas fir guarded like shomrim, reaching to the sky. I could hear the chirp of chipmunks running to my right. The whistle of a golden-crowned kinglet songbird broke the air as the rising sun layered the copse in purple and yellow light.

Plants and animals don’t grow in a vacuum. It’s all connected. Without forests, the birds can’t survive. Birds disperse seeds so that forests grow. They pollinate flowers. Many eat beetles that would otherwise decimate the forest. It’s their job. This is their office. We all have our jobs to do. It’s a delicate balance.

When a species dies out, no one does its job. It’s like what happened in New York City in 1968. I had just started college. The city was exciting, alive. And then, there was a garbage strike. The sanitation workers wanted more money and for nine days, garbage began lining the streets. Egg shells, coffee grounds, milk cartons, orange rinds, and empty beer cans littered the sidewalks. 100,000 tons of trash in huge smelly piles reaching to the level of my chest. The smell was sharply disgusting and unavoidable. The city was grinding incoherently to a stop. It was like the municipal cycle was stuck on an inbreath with a needed clothespin on its nose waiting in idle for relief.

It’s all connected.What we are doing to the rainforests, to me, is a sin. We’re destroying the birds’ office—the very thing they built in the first place, the very thing that’s providing us with oxygen to breathe. I am grateful for JCAN’s voice which helps educate people about the problems caused by unthinking use of resources. In this time of Elul, we reflect on returning to spirit. We must all change and let go of beliefs that support an unsustainable lifestyle. A little thing is to not drink sun-grown coffee which kills trees and birds. A bigger thing is to stop eating red meat. Even bigger is making your own environment sustainable. Even bigger is to educate and advocate. This change in the Amazon rainforest is a tipping point. It is time to return to a true compass and work together. This is the heartbeat of life; this is the heartbeat of a planet.

Thea Iberall, PhD, is on the leadership team of the Jewish Climate Action Network-MA. Iberall is the author of The Swallow and the Nightingale, a visionary fiction novel about a 4,000-year-old secret brought through time by the birds. In this fable, she addresses thereal moral issue of today: not whom you love, but what we are doing to the planet. Iberall is also the playwright of We Did It For You! Women’s Journey Through History – a musical about how women got their rights in America, told by the women who were there. Along with her family, she was inducted into the International Educators Hall of Fame for creative teaching methods. In her work, she bridges between heart and mind and teaches through performance, the written word, poetry, sermons, workshops, and storytelling.  www.theaiberall.com.

The above are examples of Divrei Earth - spiritual wisdom from Earth and Torah, in the blog written by Rabbi Katy Allen and members and friends of Ma'yan Tikvah.

Divrei Earth - literally words of Earth, provide reflections on the weekly Torah portion, as well as Earth Etudes for Elul, reflections in preparation for the New Year during the month leading up to Rosh Hashanah, and Counting the Omer, reflections on Earth and Torah from Passover to Shavuot.

Thank you to Lisa Wangsness at The Boston Globe for the fantastic article about Ma'yan Tikvah! Check it out here.

Help Protect and Save the Earth - 13 Tips

Webinar : A Transformation from Environamental Grief to Environmental Action

Watch Eden Keeper Webinar, "A Transformation from Environmental Grief to Environmental Action." During this half-hour video, Director Robin Purchia hosts Rabbi Katy and the two discuss grief, the management of feelings of loss, and how to tranform our dark inner places into joy and a spiritual connection to the environment.

Are you feeling a bit blue? Wondering about meaning? Despairing about the state of the world? Here are a few suggestions to help yourself get re-grounded spiritually.

Shabbat Morning Services start at 10:00 AM.

RSVP for locations and Zoom links.

Shabbat walk locations are decided each week depending on weather and walking conditions. To find get this week's location, contact

Where to Find Us

Ma'yan Tikvah - A Wellspring of Hope

Affiliated with the Synagogue Council of Massachusetts